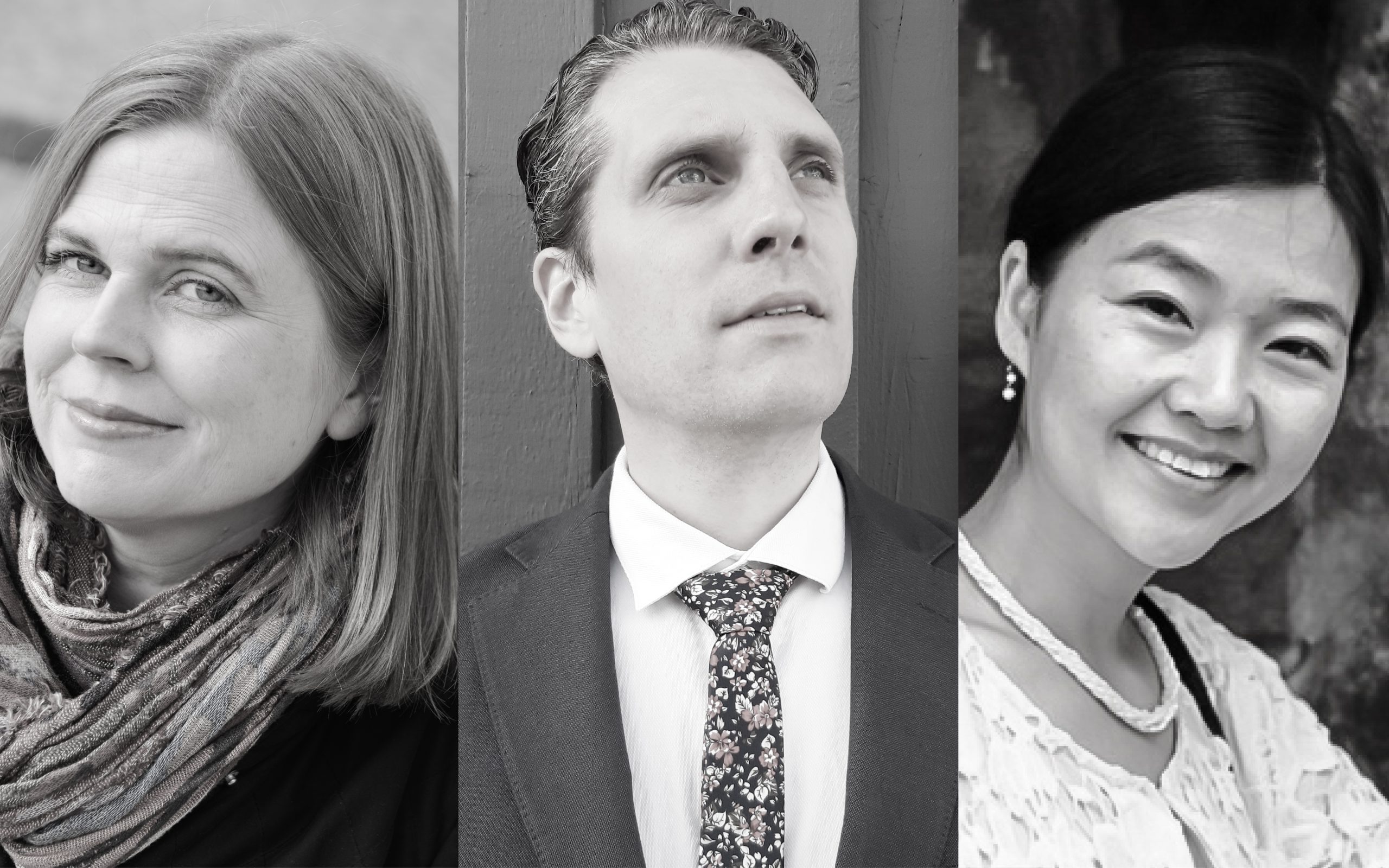 Welcome to the finale of the composition competition Swedish Chamber Games, where the music of the three winners is performed by the amazing contemporary music ensemble Gageego!

During the spring of 2020, Swedish composers were able to submit their contributions to the competition, which resulted in 100 submitted works. The overall theme for the games is The Art of Conversation. The prize sum was SEK 50,000 in each category. An international jury consisting of representatives from the ensembles participating in the project has now appointed its winners, whose work will be performed this evening!

Winner in the category ensemble:
Leilei Tian – The Hymn of the Pearl

Britta Byström
Britta (b. 1977) studied composition at Musikhögskolan, Stockholm 1995-2001. She has written chamber music, vocal music, opera and around 50 orchestral works, performed by a.o. BBC Symphony Orchestra, Detroit Symphony Orchestra and Radiosymfonikerna. Byström has been awarded the da capo prize at the German Brandenburg Biennial and the American ”Elaine Lebenbom Memorial Award For Female Composers”. Her work has been selected for ISCM, Nordiska Musikdagar and been named “recommended work” at Rostrum For Composers. Byström’s music is published by Edition Wilhelm Hansen.

Henrik Denerin
Henrik has been commissioned work and had his music performed by ensembles like Ensemble Recherche, Ensemble Aleph, Axelsson&Nilsson Duo, Norrbotten NEO, Vertixe Sonora and others. His music has been presented in Europe, Asia, Australia and America and at festivals like ISCM, NMD, Darmstadt, Mixtur and Melbourne International Arts Festival. 2019-20 he is Composer in Residence at Ensemble Kwartludium. Henrik studied composition for a.o. Luca Francesconi and Rolf Martinsson at Musikhögskolan in Malmö, as well as for Karlheinz Stockhausen and Richard Toop.

Leilei Tian
Leilei was born in 1971 in China. She studied composition at Central Conservatory of Music in Beijing and then in Gothenburg, Sweden. She is the winner of several international prizes such as Besançon Composition Competition for orchestra in France, Contemporary Music Contest “Cita’ di Udine” in Italy, Gaudeamus Competition in Amsterdam, Composition Competition of GRAME in Lyon and ISCM Cash Young Composer’s Award. She was also awarded Järnåkepriset for Chamber Music in Sweden and Rome Prize by Academy of France in Italy. Her compositions have been widely performed and well received internationally.